The sensibilities and writings of Europe have captivated hearts since the continent began. Three of Europe’s most successful authors join the Writers Fest for an intimate conversation. Elisa Shua Dusapin won the Prix Robert-Walser, Prix Alpha, and the Prix Régine-Deforges for Winter in Sochko: a quiet, enigmatic, and atmospheric debut. Anne Serre’s fourteenth book, The Beginners, explores love as a form of greed, when happily-married Anna falls in love at first sight with another: Thomas. Sensual and exhilarating, moral and unforgettable, it is another reminder of why Serre is one of the most respected authors in the world today. Valérie Perrin’s debut Fresh Water for Flowers was the bestselling book in Europe in 2020 and earned Perrin extensive accolades. Listen to these exceptional female authors share tales of craft and love with each other in their first language, French, with English subtitles. 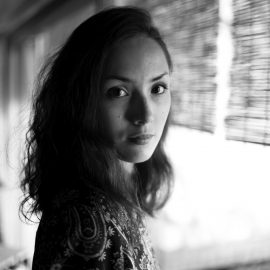 ELISA SHUA DUSAPIN was born in France in 1992 and raised in Paris, Seoul, and Switzerland. Winter in Sokcho is her first novel. Published in 2016 to wide acclaim, it was awarded the Prix Robert Walser and the Prix Régine Desforges and has been translated into six languages. (SWITZERLAND)

Presented thanks to the support of the Consulate General of Switzerland in Vancouver and Alliance Francaise.

VALÉRIE PERRIN was born in 1967 in Remiremont, in the Vosges Mountains, France. She grew up in Burgundy and settled in Paris in 1986. Her novel The Forgotten Sunday won the Booksellers Choice Award. Her English-language debut, Fresh Water for Flowers won the Maison de la Presse Prize. Figaro Litteraire named Perrin one of the ten best-selling authors in France in 2019. (FRANCE)

Presented thanks to the support of Alliance Francaise and the Consulate General of France in Vancouver. 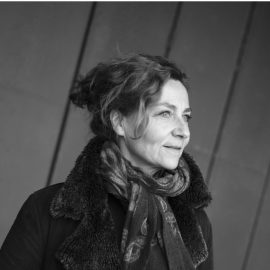 ANNE SERRE is a French writer, born in Bordeaux. She is the author of fourteen books, as well as numerous short stories and essays, and the recipient of a 2008 Cino del Duca Foundation award. Her first novel Les Gouvernantes was praised in La Croix for ‘its remarkable economy of style and in Libération as ‘a delightful Sabbath’. (FRANCE)

Presented thanks to the support of Alliance Francaise and the Consulate General of France in Vancouver.

MICHÈLE SMOLKIN was trained as an architect in France and emigrated to Canada (directly to Vancouver) in 1984. She has worked successively and sometimes simultaneously as a Radio and TV journalist, literary commentator, host, documentary director and writer, as well as a voice talent, translator and editor. She has written poetry, Christmas tales, short stories, and documentaries for Radio and TV. (BRITISH COLUMBIA)