Now a staple of the Festival, this interactive, unpredictable workshop offers writing tips, tricks, and cues from five members of UBC Creative Writing’s illustrious department. Participants will learn key writing skills in five minutes or less through nimble, electrifying craft and rapid-fire creativity. Try out concepts and ask questions before listening to UBC students share model work. Full of invigorating thought exercises, Night Class explores a wide array of styles and genres, from poetry and song to comics and speculative fiction. Don’t miss this exciting opportunity to gain key insights that will help take your writing to the next level. This workshop is suitable for new and established authors. Stay tuned for further info, including instructor bios. Moderated by Sarah Leavitt.

Taylor Brown–Evans is a writer, illustrator and cartoonist living in Vancouver. His work has appeared in Geist, Matrix, Poetry is Dead, The Feathertale Review, Ricepaper Magazine as well as alternative press zines, chapbooks. His most recent project, Songs for a Lost Pod, is a comicbook collaboration with local songwriter Leah Abramson.

Nalo Hopkinson was born in Jamaica, and spent the first 16 years of her life in Jamaica, Guyana, Trinidad and the US before her family moved to Canada. She writes science fiction and fantasy, exploring their potential for centering non-normative voices and experiences. Her first novel, Brown Girl in the Ring, won the Warner Aspect First Novel Contest in 1998. She has published six novels and numerous short stories. From 2018 to 2020, she was the lead writer of “House of Whispers” (co-writer Dan Watters), a series of comics published by DC Comics and set in the universe of Neil Gaiman’s “Sandman.” Nalo’s writing has won numerous awards, and in 2021 the Science Fiction Writers of America honoured her with the Damon Knight Memorial “Grand Master” Award, recognizing her lifetime of achievements in writing, mentorship and teaching. In 37 years she was the youngest person to receive the award, and the first woman of African descent.

Tariq Hussain is a songwriter / recording artist, and a non-fiction writer living in Vancouver. He began his artistic career as a songwriter in his late twenties when he released his first album, Splat. Soon after, his subsequent album, The Basement Songs (1997) earned him a Juno nomination. On the writing side, Tariq has penned non-fiction essays about music for the Walrus including his thoughtful examination of the modern pop song in “How To Write a Hit Song in 2018.” He is currently working on a memoir about his experiences growing up as a first generation Canadian kid who dreams of being in a touring rock band. Tariq is the winner of the 2011 Maxine Sevack award for creative nonfiction and he holds an MFA degree from UBC Creative Writing. 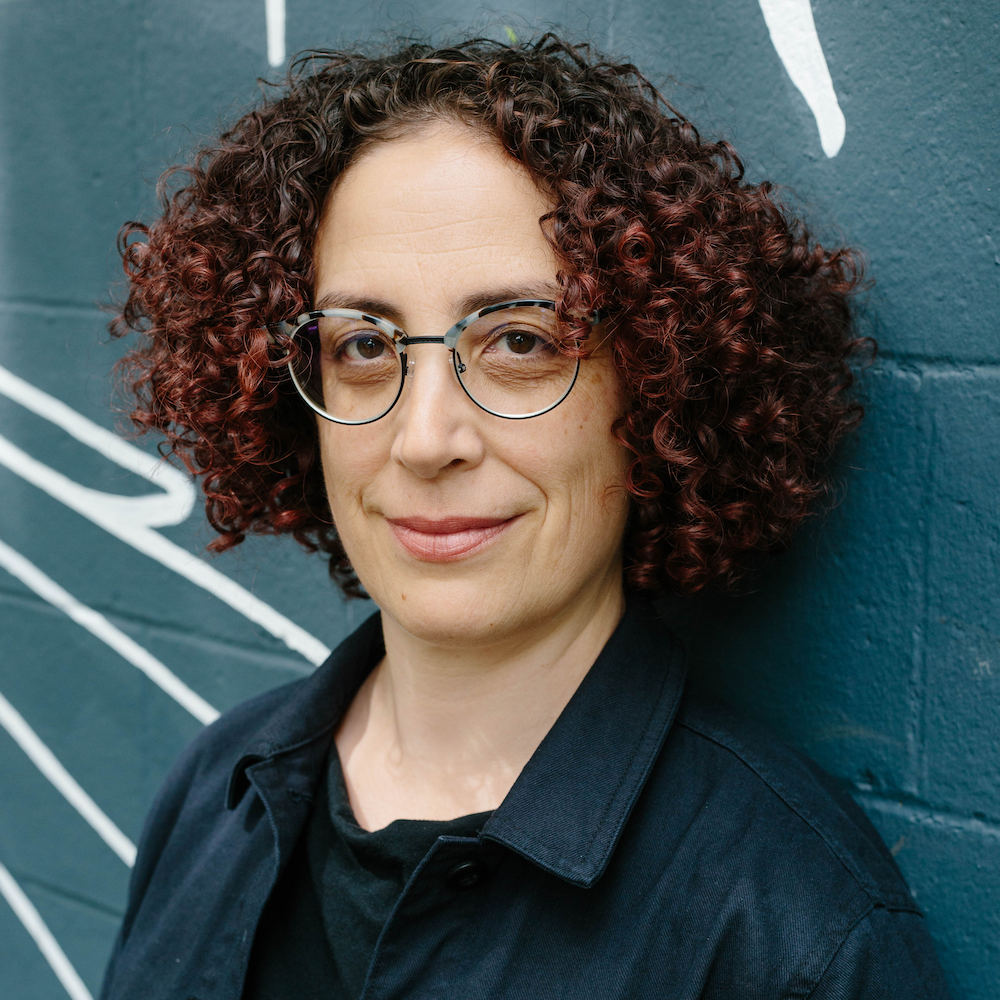 SARAH LEAVITT has been developing and teaching comics classes in the UBC School of Creative Writing since 2012; in 2021 she became the school’s first Assistant Professor of Graphic Forms. Her first book, Tangles: A Story About Alzheimer’s, My Mother, and Me, was the first comic to be nominated for a Writers’ Trust Award, and has become a widely-studied work in the growing field of comics and medicine. Her second book, Agnes, Murderess, won a Vine Award for Canadian Jewish Literature (fiction) and an Alberta Book Publishers Award (speculative fiction).

Bronwen Tate teaches poetry, creative nonfiction, and creative writing pedagogy in the School of Creative Writing at UBC. She is the author of the poetry collection The Silk the Moths Ignore and a contributor to the collaborative poetry collection Midwinter Constellation, and her poems and essays have appeared in Bennington Review, CV2, Grain, The Rumpus, Journal of Modern Literature, and Contemporary Literature.

Mallory Tater (she/her) is the author of the poetry collection This Will Be Good published with Book*Hug Press in 2018 and a novel, The Birth Yard published with HarperCollins Canada in 2020. She is the 2016 winner of Contemporary Verse 2's Foster Poetry Prize and her poetry, fiction and interviews have been published in Joyland, Event, Oprah Magazine, The Malahat Review, among others. She lives in Vancouver on land that was never ceded by the Musqueam, Squamish, and Tsleil-Waututh peoples.