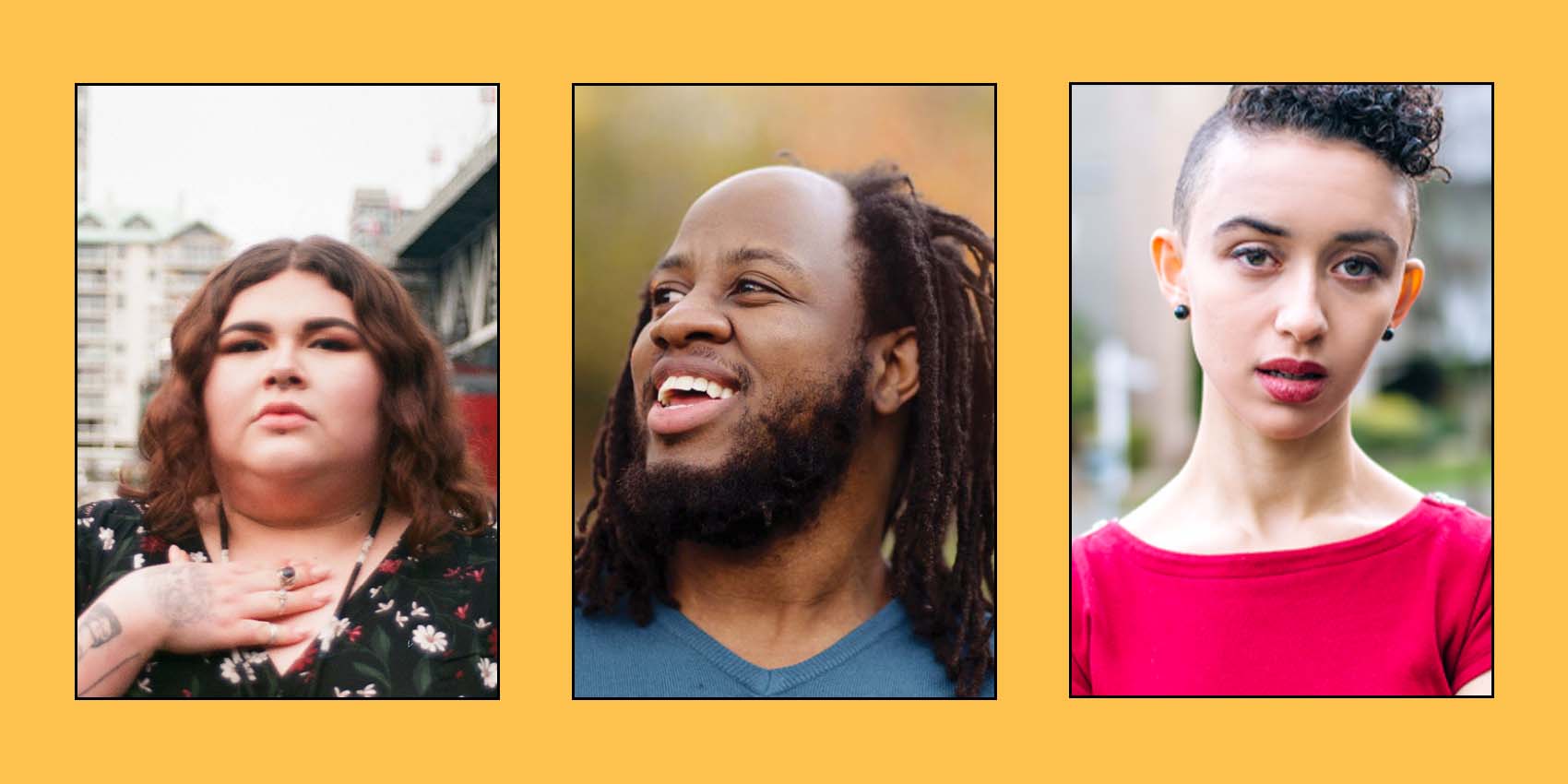 Update: This event is hosted by Anjalica Solomon.

Our Spoken Word event series, curated by award-winning poet and spoken word artist Jillian Christmas, is an effervescent, powerful highlight of our youth programming every year. We’re so excited to bring this exceptional series to the rest of our audience for the first time. Performers include Fringe New Play Prize-winner, playwright, poet, actor, and community organizer Lili Robinson, as well as jaye simpson: an Oji-Cree Saulteaux Indigiqueer from Sapotaweyak Cree Nation. Their work has been published in various publications and their latest work, it was never going to be okay, was shortlisted for the Dayne Ogilvie Prize for LGBTQ2S+ Emerging Writers and won the Indigenous Voices Award. Brandon Wint is an Ontario-born poet, spoken word artist, and educator whose poems and essays have been published in national anthologies. Divine Animal is his debut book of poetry. These are artists at the top of their game; whose vocalization will move, rivet, and provoke. Come find out what the excitement is about. 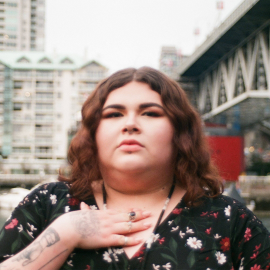 jaye simpson is an Oji-Cree Saulteaux Indigiqueer from the Sapotaweyak Cree Nation. simpson is a writer, advocate and activist sharing their knowledge and lived experiences in hope of creating utopia. they are published in several magazines including Poetry Is Dead, This Magazine, PRISM international, SAD Magazine: Green, GUTS Magazine, SubTerrain, Grain and Room. They are in two anthologies: Hustling Verse (2019) and Love After the End (2020). Their first poetry collection, it was never going to be okay (Nightwood Ed.) was shortlisted for the 2021 ReLit Award and a 2021 Dayne Ogilvie Prize Finalist while also winning the 2021 Indigenous Voices Award for Published Poetry in English. they are a displaced Indigenous person resisting, ruminating and residing on xʷməθkʷəy̓əm (Musqueam), səl̓ilwətaɁɬ (Tsleil-waututh), and sḵwx̱wú7mesh (Squamish) First Nations territories, colonially known as Vancouver. 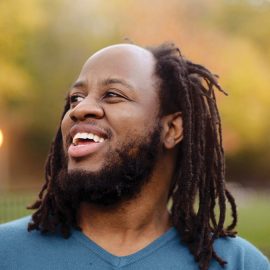 BRANDON WINT is a poet, spoken word artist, and educator. For more than a decade, Wint has been a sought-after, touring performer, and has presented his work in the United States, Australia, Lithuania, Latvia, and Jamaica. His poems and essays have been published in national anthologies, including The Great Black North: Contemporary African-Canadian Poetry (Frontenac House, 2013) and Black Writers Matter (University of Regina Press, 2019). Divine Animal is his debut book of poetry. (BRITISH COLUMBIA) 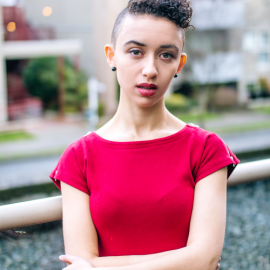 LILI ROBINSON (she/they) is a playwright, poet, actor, and facilitator based on the unceded territories of the Musqueam, Squamish, and Tsleil-Waututh First Nations. Lili is passionate about centering voices at the intersections of queerness, Black diaspora, socio-economic diversity and femme identity in their work. Her debut play Mx won the Fringe New Play Prize in 2019 and was presented at the Cultch through the Cultchivating the Fringe Award this past year. While theatre is her primary practice, poetry and spoken word are her first loves. In addition to her artistic practice, Lili is also building her practice as a facilitator, and investigating how Black Feminist teachings can further inform all that she does. (BRITISH COLUMBIA) 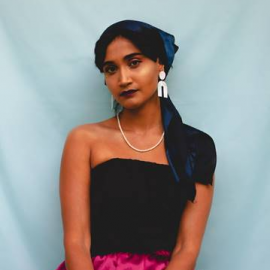 ANJALICA SOLOMON is a genderfluid Desi poet, spoken word artist, organiser and multi-disciplinary performer based in what is colonially known as Vancouver, BC on the stolen and unsurrendered territories of the Coast Salish, Squamish, Tsleil-Waututh and Musqueam Nations.  You can watch their most recent poetry film production “Honey Queen” and “Fruiticana On Fraser Street” which recently premiered on YouTube and all streaming platforms!  Anjalica is a humble  leader in arts administration, with experience in working in the forefront of Vancouver’s arts and cultural scene  which includes: Indian Summer Festival, UBC Arts and Culture, Verses Festival of Words, the TD Coastal Jazz Festival and The Cultch Theatre and the Downtown Eastside Response Center.  With deep roots in Vancouver’s poetry scene, Anjalica has served as an executive  organizer and host of UBC Slam Poetry and as a frequent host and hug-giver at Vancouver Poetry Slam. They are working on their forthcoming collection of poetry with Write Bloody Publishing.